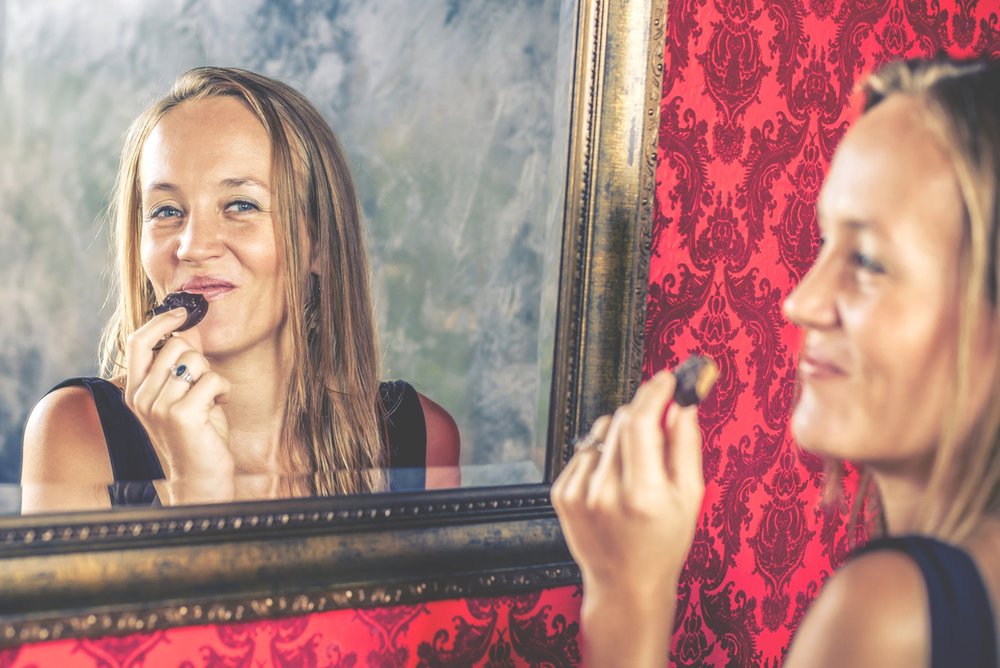 Evolution Part 3: So, I Accidentally Drank a Shot Glass of LSD

It’s not anything I would ever in a million years have had the balls to do. That said, I don’t regret it in the least. It was a bit life changing and makes a great story, which I will get to telling in a few moments. First, lets pick up where we left off in the Evolution Chronicles. Check out Part 1 & Part 2 if you missed them.

A very popular thing to ponder amongst entrepreneurs, including artists, is “should I quit my day job?” With this question often comes a fear of financial ruin, excitement about the prospect of working for only oneself, practical thoughts, impractical impulses, frantic feelings and abundant visions of your money dreams + your soul’s purpose fulfilled simultaneously.

My view on this?  YES, you should definitely go for it, 100%. And, best to keep a roof over your head and amazing organic food on the table as you do. Elizabeth Gilbert speaks on this subject in Big Magic, one of my favorite books of all time. She writes “I held on to those other sources of income for so long because I never wanted to burden my writing with the responsibility of paying for my life.

I have watched so many other people murder their creativity by demanding that their art pay the bills. I’ve seen artists drive themselves broke and crazy because of this insistence that they are not legitimate creators unless they can exclusively live off their creativity.

And when their creativity fails them (meaning: doesn’t pay the rent), they descend into resentment, anxiety, or even bankruptcy. Worst of all, they often quit creating at all.”

I still remember the day I put in my 2 weeks notice at work.   “Can I come back if this chocolate thing fails?” I asked my awesome boss. He giggled and said, “I know you. It won’t.”

Though I wasn’t completely surrendered to the Coco Dragon (not until last year, actually), I accepted the fact that my move to Maui would have to wait and rented a house with a girlfriend. We certified our home kitchen (gotta love Portland) for production.

The chocolate and I finally had a home. It was the first time in two years I wasn’t living out of a suitcase. I was still putting my chocolate in jars, though the recipe had changed due to yet another horrific product recall. I thought the coconut oil in the chocolate would be shelf stable. I had read that it doesn’t go rancid, but it does oxidize.

To all you raw chocolate makers out there, please for the love of Yum, do NOT put coconut oil in your chocolate unless it’s kept refrigerated. Someone had returned a jar due to “terrible taste” in Eugene. I got in my car and rushed down there. I tasted the chocolate and it was…well, let’s just say the fact that my name was on something that tasted like that gave me nightmares.

I realized there was just no shelf life due to the coconut oil and pulled my product from the shelves of every store it was in. It cost me a ton. I cried. I created a new recipe but didn’t feel complete with it.

My creations were no longer fulfilling my chocolate need and I was spending a lot of money at The Meadow, buying fantastic, award winning, European craft chocolate bars.

The compromise was in eating sugar again, but a chocolate addict needs their fix, so I just went with it. Agave contains too much moisture to make chocolate bars with.

Then, in a life changing moment at Green Festival 2008, I met a beautiful gal named Sarah Ann Leslie (who now has a fantastic chocolate brand named Chocolita, which she makes in my Sedona Chocolate Kitchen).

She was selling a product that although had been used forever in Asia, was new to our country: Coconut Sugar, which is low glycemic and tastes awesome. It was a whopping $20 per pound, totally price prohibitive as an ingredient, but I grabbed a bag. I was so intrigued.

Break on Through to the Other Side

I was making a modest living as a one-woman (I hired friends for help when needed) company, thanks to pushing my chocolate cart around festivals. The low profit margins of wholesale business alone would not have been enough to survive on. I was grateful and having a blast going to Beloved, Oregon Country Fair & Lightning in a Bottle, among others. But I felt stuck in my craft. Like I shouldn’t be addicted to buying these fancy chocolate bars when I own a chocolate company.

One wild Saturday night at Emergnsee Festival, a “fairy” came to my chocolate cart to offer me “really amazing liquid acid.” I was slammed with customers and had an empty Damiana Cordial (I love it) bottle on my cart. She filled it and took off, while I went about my evening, completely forgetting about the interaction. Monday morning came and my boyfriend Noah and I were packing up our truck, ready to go home and finally rest.

If you know anything about weekend long music festivals, you know there isn’t much sleeping going on. Noah says to me “where do you want me to put your Damiana?” “Oh yay!” I said in delight, “I thought it was all gone, I’ll drink it right now.”

Down the hatch went the entire bottle…but it didn’t taste like Damiana…at all. Suddenly I remembered the “fairy.” “Holy fucking shit Noah! I just drank an ounce of LSD!” We tried to induce vomiting, but it didn’t work. I only had about five minutes before my entire world looked like the photo above.

I sat in the back of our truck, while the most beautiful feeling of peace came over my entire being. I had never felt so calm. Suddenly I was living inside an Alex Grey painting. Giant tears rolled silently down my face and I felt I was Alice in Wonderland, and that these gargantuan tears would soon fill our truck bed completely.

Folks walked by the truck, waving goodbye and if you’ve ever seen “tracers”…well, you could almost imagine. Almost…even though I wasn’t a novice when it came to psychedelics, nothing had ever even come close to what I was experiencing.

Dan ran to the medical tent and they promptly brought me a six pack of Black Butte Porter and a bottle of calcium pills (antidotes to LSD, who knew?). I was instructed to drink it all and pop those pills if I wanted to experience normality any time soon.

So I did what they said as I sat still for what felt like lifetimes. I wasn’t scared. My heart was blown wide open and I was in a state of Nirvana. I’m not endorsing the use of psychedelics here, each person needs to choose their own path…wisely.

I made it home the following night after a much needed recovery day at Breightenbush Hot Springs. Portland suddenly seemed so harsh to me. I was in an extreme state of sensitivity that faded very slowly, but never all the way. I spent the next two weeks in bed, pretty sick, perhaps in a state of detox. I simply couldn’t handle the stimulation of the city after being blown wide open like that. I’m telling you all this because it is what I accredit my amazing palate to. My senses were forever changed, including my sense of taste.

Though I would never again do such a thing, drinking that LSD did help me get unstuck. Once I was back in the world again, I realized I needed to find where I stashed that coconut sugar and figure out how to make a chocolate bar so amazing that I didn’t need to buy the fancy ones anymore.

But more on that next week.

Today I leave you with a quote from Danielle LaPorte. “My definition of holistic is along these lines: the place where ambition meets inner peace, consciousness meets cash, grace can be gritty, and compassion abounds.”

If you enjoy our content, please help us grow and spread the love by sharing and leaving us a comment! Thank you. 🌹 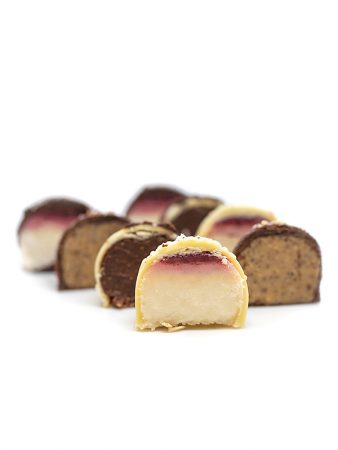 We teamed up with Living Wise Organics to bring you a totally sugar free, delicious vegan keto chocolate truffle experience.

Contains a Dark Chocolate & a White Chocolate version each. 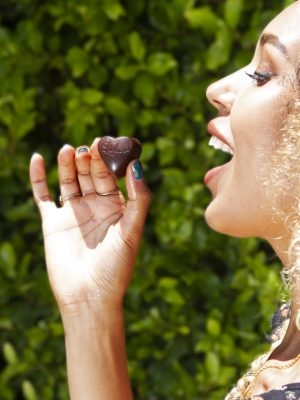 Love these truffles so much. Very creamy and delicious. I need to buy more! I’m lactose intolerant and it’s hard to find a product with out dairy that taste this delicious. 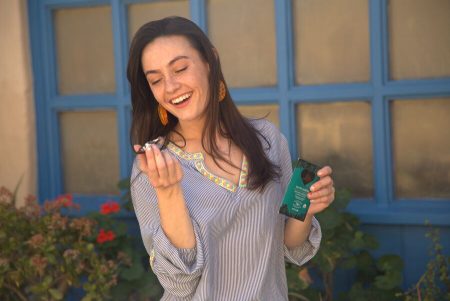 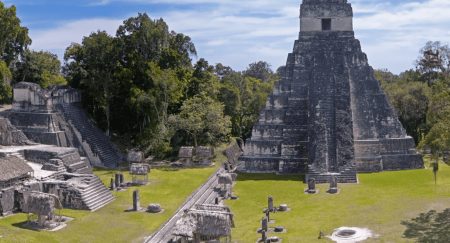 Question 4 : What’s the historical significance of cacao in the Mayan Culture? 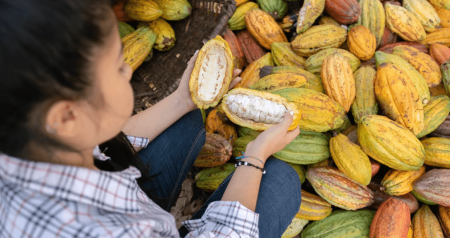 Question 3 : Why the new partnership with the Toledo Cacao Growers Association in Belize?

Get The Lastest Updates

Use this special code at checkout: 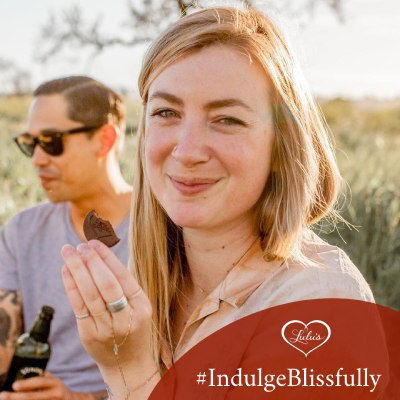 We love our planet & practice sustainability from our sourcing all the way to our packaging.

DISCLAIMERS: * coupon codes do not apply to items on sale, or special packs/bundles that are already discounted and are for a limited time only, unless noted otherwise.